Mizoram's political history dates back to mid 1950s when the Mizos demanded the status of statehood to the tribal dominated region of Assam Districts. The revolution continued for over three decades and finally an accord was signed between the Mizo National Front (MNF) and the Union Government on 30th June, 1986. 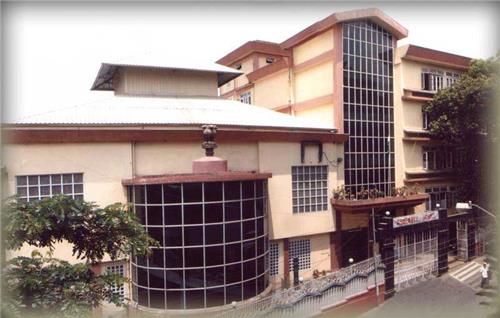 Mizoram attained its statehood on 20th February, 1987. Rajiv Gandhi, the then Prime Minister of India, inaugurated the state and Hiteshwar Saikia was appointed as Governor of Mizoram. The first State Assembly was instituted in March, 1987 with a total membership of forty. Since its formation, there have been five times assemblies in the state. Zoramthanga is the current Chief Minister of Mizoram. He is the leader of Mizo National Front (MNF). He served as the Chief Minister of Mizoram from December 1998 to December 2008, for two consecutive terms.

Like all other states of India the state of Mizoram is governed by a Chief Minister and a council of other ministers responsible to an elected unicameral legislature and by a Governor, appointed by the president of India. The Governor is the head of the state but his role is largely ceremonial.

The Mizoram Legislative Assembly has 40 members who are elected by means of a popular vote conducted by the election commission of India. The judicial seat of the state i.e. the High Court of Mizoram is located at Guwahati with a bench at Aizawl, the capital of the state.

The General Administration Department of Mizoram (GAD) is responsible for various subjects of the state entrusted to it by The Government of Mizoram. The functions of the department are carried out under the leadership of the Hon’ble Chief Minister of Mizoram, Shri Pu Lal Thanhawla. Furthermore, the Commissioner, the Secretary, Additional Secretary, Deputy Secretary and other supporting staff heads the Secretariat.

The General Administration Department, also known as the GAD is the administrative department of all the eight districts of Mizoram which are Aizawl, Lunglei, Saiha, Champhai, Kolasib, Serchhip, Mamit and Lawngtlai. The Deputy Commissioners allotted to all the different states are responsible for different issues such as inner line permits, tribal certificates, residential certificates,etc.

The Protocol and Hospitality wing, falls under the general administrative department and hence the entire responsibility of ceremonial functions of the state such as Republic Day and Independence Day and hospitality towards the VIPs visiting the state is of the GAD.

Furthermore, the Aviation Wing functions under GAD as well. It is concerned with all the matters concerning aviation within the state. It is responsible for the stable functioning of the Lengpui airport in the state and also helicopter operations.

MPs and MLAs from Mizoram 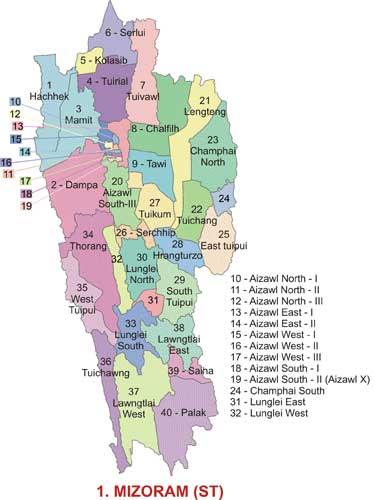 Given below is the list of information on the Governor, Chief Minister, and the Cabinet Ministers of Mizoram.