Sports comprises an integral part of our lives. Team spirit is something which one learns from sports itself and hence it is important for all. The people of Mizoram are active people who take to sports from a very young age. Football is the most popular game in Mizoram. A lot of emerging footballers from India are from Mizoram. Zodintluanga is the Minister for sports and youth services.

The governing body of the the association comprises of the following people:

Such is the craze of football in the state that there is even a Mizoram Premier league held in the state founded in the year 2012. Conducted by the Mizoram Football Association, this league is a state level event which is witnessed by the people here with great enthusiasm and zeal. It is also known as the Mahindra 2 Wheelers Mizoram Premier league owing to its sponsorship. On a national scale level, this league can be considered the 3rd tier of Indian football. The main venue of the matches are Rajiv Gandhi Stadium Mualpui and Lammual. The eight clubs of the league includes Dinthar, FC Kulikawn, Luangmual, Mizoram, RS Annexe, Aizawal, Chanmari, and Reitlang.

In the year 2012, a a fiver year 1.25 crore deal was signed with ZONET Cable TV Pvt. Ltd. by the Mizoram Football association president, Lal Thanzara with the most lucrative arrangements between the both parties. These type of pacts signed not only boosts the sports culture of a state but also contributes towards the economy and tourism of the state.

Lalrindika Ralte:
Nicknamed ‘Dika”, Lalrindika Ralte is an attacking midfielder who primarily plays for the East Bengal. He is famous for his quick passes and kicking long range balls. In the Indian Super League matches 2014, Lalrindika Ralte represented Mumbai City FC and ended the season with one goal. 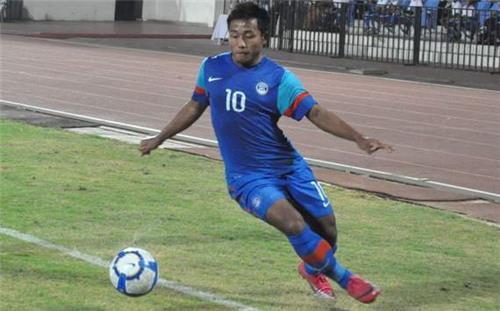 Jeje Lalpekula:
Jeje Lalpekula is a footballer who led the U 19 football team in Sri Lanka in the South Asian games. He also plays for the Mohan Bagan team for the 2014-15 season. 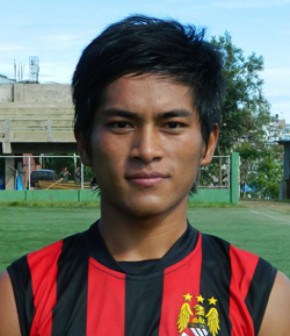 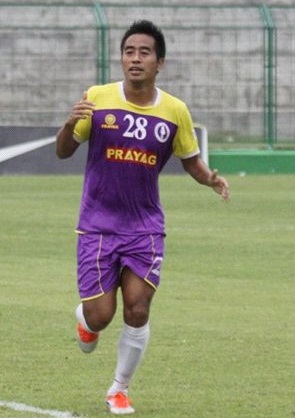 Malsawmtluanga:
Malsawmtluanga is an Indian footballer who plays for East Bengal in the I-league and played for Delhi Dynamos FC in the Indian Super League 2014. 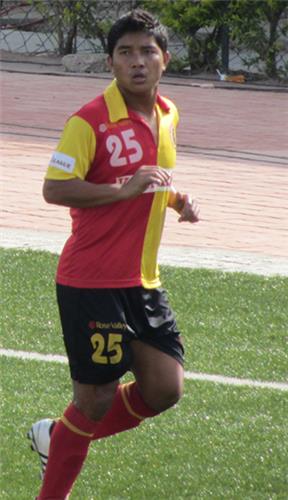 Inbun is one kind of a combat-wrestling game. It is played in a circle of around 16 feet diameter on carpet grass. Both the participants need to lift the opponent using strength, skill and rapid movement of arms and legs to off the opponent in the ground. The participant who succeeds in lifting off, he wins the game. 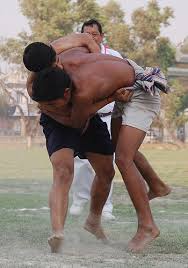 Kicking, stepping outside the ring and bending knees is prohibited in the game. This game consists of three rounds, each of 30 to 60 seconds duration. It also played till one of the players lifted off the ground. 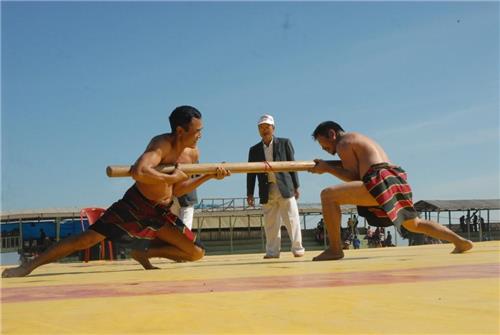 Insuknwar or rod-pushing is a game of test strength and stamina played in Mizoram. It is declared as Mizo National Game by Mizoram State Sports Council. Only men participate in the game.
Insuknawr is played within a circle with a diameter of 16 to 18 feet and a rounded wooden rod of 8 feet long and 3-4 inch in diameter used in the game. The participants need to push the opponent out of the circle within three to five rounds.

Adventure and outdoor activities are an essential part of Mizoram as this place is surrounded by wonderful nature promoting adventure activities. Some of the most popular adventure sports are: 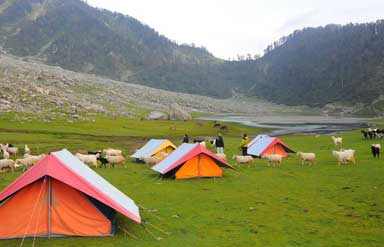 The forests of Mizoram are all virgin and hence, these forests are totally fun to explore. Adventurers and wanderers love to go through the mazed forest seeking for the best place to camp here. The ideal spot considered for camping here in Mizoram is the Phawangpui Peak which is also known as the Blue Mountain. Considering the lush green surroundings and also the amazing weather here, tourists love to set up their tents and have some great time amidst the nature with some drinks and barbeque. Apart from the Blue Mountain, the other place which is quite popular as a camping site here in Mizoram is the Tamdil Lake. Facilities are also provided to the people in case they are in need of any kind of camping gears. Bonfires beside the camps, delicious meals and then dancing beneath the clouds, nothing else could sound better than this for a wonderful getaway into the woods. 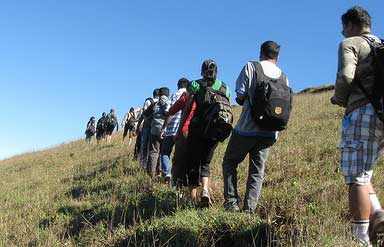 Mountains are also very priced natural resources in Mizoram. Mountaineering is another activity gaining popularity amongst the people here. There are many places here where one can go for climbing. Some of the well known climbing areas here are Thalazaung Khamm, Mount Kahrie and Mount Mawma. Day hikes are a regular to the Durtlang Hills which are high ridges located in the capital city of Mizoram. The best time which can be considered for mountaineering in the Mizo hills is from September to October when the climate is moderate and temperature remains pleasant as well. One must however be very careful while climbing and accompanied by experienced and professionals for it is a risky business for the amateurs. Mountaineering is an emerging sport gaining popularity amongst the youth and highly practiced too. 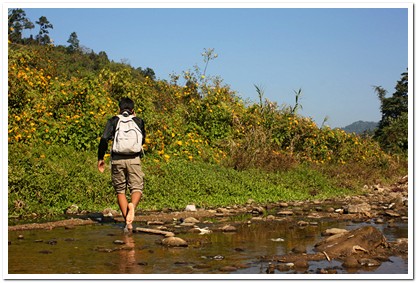 Trekking is another activity which is actively organized in the state of Mizoram. Being a place enhanced by lush green forests and hills and mountains, one cannot stop oneself from trekking here. The town of Champai and Lunglei are amongst the popular towns where trekking is majorly done. The famous Blue mountain here, located in the Phawangpui National Park lies 7100 feet above the sea level and serves as the perfect place for trekking.

Travelers trekking within the Mizoram forests must be physically fit and must be strongly acquainted to take up the task of trekking. 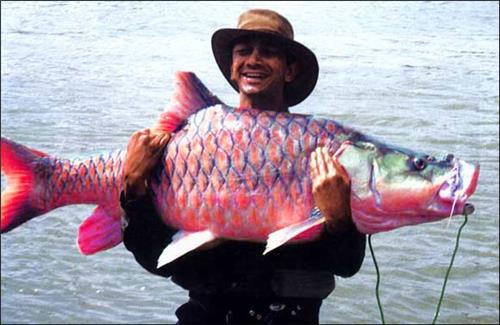 Angling is another adventure sport which is slowly gaining popularity amongst a lot of people today, inspite of it being a very old practice. The Tamdil lake is abundant with different aquatic animals which gives the people an opportunity to grab onto them. Salmon fish, Catfish, local trouts amongst others can be found in the Tamdil Lake and the Chhimtuipui River too. Crabs are also found in these lakes in myriads and getting loads of them while angling is not a surprise factor at all. Other lakes where one can enjoy the activity of angling are the Rungdil and Rengdil Lakes located in the Aizwal District. Tlawang river in Kolasib is also a wonderful spot for fishing enthusiasts. 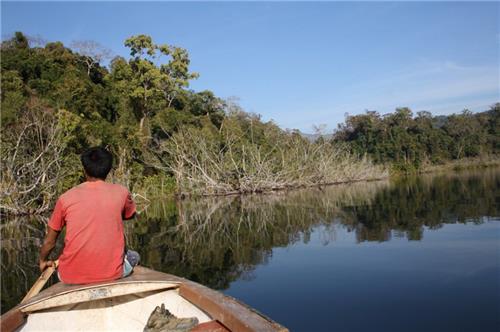 The Tamdil Lake, one of the most popular lakes in Mizoram is an amazing place for boating. Lying in between the hills, surrounded by greenery and floating clouds, one is sure to forget the tribulations of life once you sit and relax in the boat. A visual treat, both for the locals and tourists, the Tamdil lake provides an amazing space to people to relax and mingle with nature as the boat moves on slowly and steadily.

Mizoram, one of the seven northeastern states has caves which have been recently explored and highly visited in recent times. The caves in Mizoram are of exceptional beauty for these caves are naturally formed from mass dislocation by tectonic forces and dislocation. The caves lay here since times immemorial though discovered lately. The caves have successfully attracted adventure lovers from various places to this part of India. Like other myth stories, these caves also have many mythical stories and tales associated with it. Let’s take a look at some of the caves which has opened for adventure lovers for the purpose of caving in Mizoram.

This is the longest cave in Mizoram which is around 162 metres in length. Located around 30 kms.  from 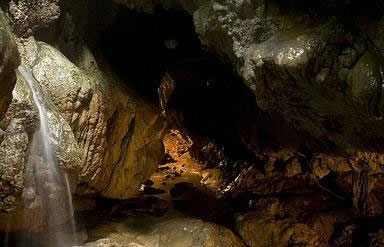 Aizawl in Ailawng  near Reiek, it is believed that a legendary Mizo warrior lived in this cave during the late 19th century. The vertical height of the cave goes upto 10 meters deep. The entrance of the cave starts from the Reiek-Ailawng road as footpath and is marked with entrances.

The cave has become a place of exploration for adventurists. It is easily accessible from Aizawl and also it provides some really amusing cave experiences such as darkness, peculiar sports acoustics, tactile interactions, etc.

These caves are located 6.5 kms. North of Farkawn village and the caves are 9 meters in length. The prime attraction of this cave is that it has a wooden box inside it which holds around one cubic meter of human bones which are densely packed and preserved since a very long time. These are very ancient bones which have been present in the caves since the last three hundred years old and there is no tales or stories as to how and why those bones are present here in the cave.

Tourists come to this cave expecting adventure at its peak. The insides of the caves are not only explorable but also a sight of fascination for people. 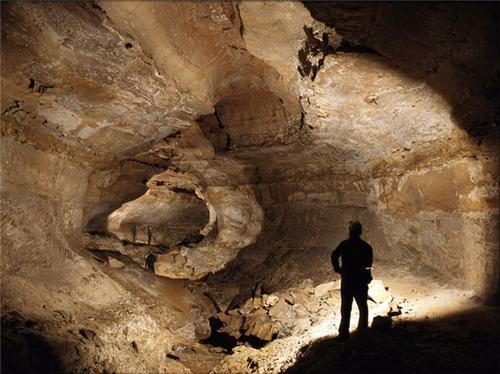 Tluangtea Puk is the second longest cave located in Champhai district which measures a length of 119 meters with its vertical height at 19 meters. These caves are reachable via the Pawlrang road and needs a 12 hour long trek to be reached which is a thing of great amusement for adventure lovers. However, what needs to be kept in mind is that it needs to be visited during the dry season and not the rainy season.

The thing which attracts adventurers to explore this cave is its length. The length gives its explorers ample time to go through the history of the caves and enjoy its beauty.

With a width of 300 feet, the Pukzing Puk Cave is perhaps the biggest cave in the entire of Mizoram. Being an 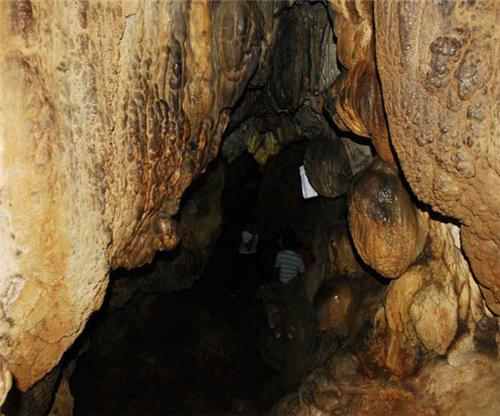 unexplored cave still, this cave has been gaining more tourists in recent times. The mythical story behind this cave is that a legendary strong name by the name of Mualzavata carved out this cave with the help of a hair pin.

Another cave situated in the Champhai district is the Pine cave. It is around 50 meters long and around 1 to 2 meters wide. During the insurgency in Mizoram, this cave was considered to be used as a shelter and hence it is of high archaeological significance.

There are various sports shops in Mizoram which has sports equipments and accessories like crciket gear, racquets, tennis balls and shirts and shoes.